JW always made me stop and think again

I had never heard of Julian Winston until 1996 when I joined the lyghtforce homeopathy list. I was about halfway through my research into the history of British homeopathy and was in the habit of writing short articles on that theme, mostly in the London-based Student Homeopath or the UK Society journal, The Homeopath. I soon realised he was a very informed guy [with many friends and a few enemies], who often replied in brief, sometimes starkly minimalist, terms to many of the more serious questions on the List about history of homeopathy. We frequently exchanged views and rarely agreed on very much.

Julian soon helped me to realise that my own view of homeopathy was incomplete and required greater depth. I did not see eye to eye with him about history in general and in this respect I think we genuinely complemented each other more than disagreed. I say this in the sense that we each provided a wholly different view, a different facet or 'take' on what is a wider picture. He preferred sticking to the main facts as thoroughly as they could be established, while I tend to search for motives within human behaviour and psychology, to help explain the facts, a field he rarely ventured into and always regarded with suspicion and as wholly speculative. He basically hated historical speculation.

A good example of this was a disagreement we had on the list in about 1996-7 on the value of Kent and his ideas. Julian apparently seemed to regard Kent as sacrosanct and a major contributor to homeopathic views, as a classicist and pure Hahnemannian. I regarded Kent as an unsurprisingly religious American who bred a simplistic version of homeopathy largely blind to Hahnemann's broader vision and endless experimentation, and thus the one who spawned a breed of dogmatic 'classicism,' incapable of seeing a wider view. I regarded Kent's influence as disproportionate to his real value and as creating an entrenched and reactionary attitude within homeopathy. In short, I depicted Kent as too narrow and a denialist of the rich Hahnemannian experimental tradition in homeopathy. Such as occasional use of multiple remedies, of the layers approach, of seeing a patient as heir to multiple causes of their problems, and most especially of using any potency, even 3x or 6x as required by the case. The 'single remedy high and wait' seemed to me an extremely simplistic and often unworkable approach.

We clashed again, and for broadly similar reasons, about Rima Handley's book on the Later Hahnemann, which primarily explored and revealed the reality of Hahnemann's ever-changing ideas and fast-evolving methods as he experimented endlessly with technique while carefully juggling the new phrases of his 6th Organon in Paris with his new sweetheart, Melanie while treating dozens of patients a day and making a fortune in the last eight years of his long life.

I met Julian for real in Washington DC in June 2000 and we spent many happy hours together talking, and listening to him play guitar, in his hotel room. I especially and fondly recall going out for a meal with him one evening, a motley crew of homeopaths including Jay Yasgur, Steve Waldstein, Gwyneth, Richard Pitt and a few others whose names I should remember but don't. We trudged for ages through the busy, student-thronged streets of Washington suburbs, to locate some heartily thriving wholefood diner. The meal was almost as superb as the company. It was a very pleasant sojourn for me and packed with insightful chat about all aspects of our mutual subjects of interest.

Of course JW was a classical Hahnemannian homeopath. I often thought this view could be rather dogmatic and inflexible, resistant towards new ideas, and often told him so, but we somehow got along in a mutual love of the subject and its history. He was always so patiently helpful in providing details on any topic on request. Numerous times I asked him for the dates or publication details of somebody and back would come the response in a day or two, packed with exact and accurate info. He had a great passion for homeopathy and for historical detail. I loved and admire this trait, which he embodied par excellence. I shall miss his witty ripostes, his occasional friendly jibes, and even icy blasts! delivered as occasion demanded that always make you stop and think. He was such a great asset to homeopathy, something of a unique resource and he will be very sadly missed. Bon voyage, and thank you, Julian! We salute you as a great spirit for whom homeopathy stands richer and prouder; most especially through you, homeopathy has learned how to rediscover its own past; your vibrant and immortal work lives on.

"O Captain my Captain! our fearful trip is done,
The ship has weathered every rack, the prize we sought is won,
The port is near, the bells I hear, the people all exulting,
While follow eyes the steady keel, the vessel grim and daring..."

[O Captain My Captain, opening lines of a poem by Walt Whitman, with whom Julian shared the same birthday of 31 May; Whitman was born a week after Queen Victoria, while Julian a week after Bob Dylan! What a wonderful congerie of witty Gemini souls.]
Благостью лихость не изоймешь
Вернуться к началу
Ответить
3 сообщения • Страница 1 из 1 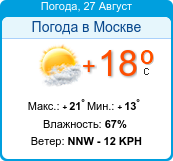 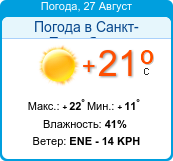 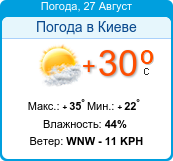 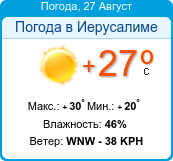 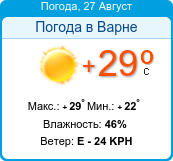