... In 1835 he founded in conjunction with Dr. Wesselhoft the " North American Academy for homeopathic Healing " in Allentown, thirty-three miles north of Philadelphia. It was the first educational institution for homeopathy in the world. But the institution, financed by shares, for the founding of which support had been requested but not received from Hahnemann (see Chapter XIX) was only able to exist a few years.
A dishonest secretary embezzled the funds, whilst antagonists of homeopathy assailed the institution with all the means at their disposal. In the meantime Hering had to struggle hard for his livelihood and he frequently thought of leaving the United States, approaching Hahnemann for help in this intention. (See Hering's letter to him. Supplement 174.) Although love of his home country made him return thither in 1845, keeping him a year in Saxony and apparently attaching him for ever to his native glebe, his new home attracted with greater power across the ocean and he went out once more to the United States to propagate homeopathy with fresh courage and renewed energy.

Together with Dr. Williamson and Dr. John Jeanes he founded a new instructional institution for homeopathy in February, 1848 — the Hahnemann Medical College in Philadelphia, which still exists and in which, until 1869 he taught as Professor of Materia Medica. This educational institution had also great difficulties to overcome before it was able by means of the generous support of homeopathic adherents to develop into a large, self-dependent institute for homeopathy. To-day the Hahnemann College in Philadelphia with the hospitals attached and its extensive polyclinic has become the most important homeopathic educational institution in the world. Its buildings are valued at several million dollars. The College and hospitals are modern in their equipment and abundantly provided with materials of instruction, laboratories, apparatus, etc. The libraries comprise approximately 20,000 volumes and homeopathic literature in every language is completely represented. For practical training the Hahnemann College offers advantages which are scarcely to be equalled in any European University. More than seventy professors and lecturers are at the disposal of approximately 300 students of medicme. The large number of cases in the hospitals and the polyclinic, where more than 50,000 patients and 6,000 accident cases are treated every year, affords the professors abundant material for their clinical instruction. Besides the general hospital containing about 200 beds, the College possesses a special institution for midwifery, directly attached to it and allowing the students ample opportunity for observing obstetrical cases. In addition , numerous confinements are attended amongst
the poor people in the town and these also serve for instruction.

The selection of professors and lecturers for the Hahnemann College has always been carried out with the very greatest care. Only men of proved ability and eminent talents, who had made a name for themselves by their efficiency as physicians, were considered for appointment. As long as the College was in financial straits, most of them gave up their lecture fees and their salaries as hospital physicians. Now conditions are so improved that the professors can be paid the amounts compatible with their efforts.
Professors of anatomy, chemistry, pathology, etc., are paid a full salary and devote their whole time and energy to instruction and research in their special subject. The kind of spirit prevailing in the teaching staff is best shown by the fact that the Hahnemann College was the first medical institution of instruction in America to demand a three years' course of study.
In the introduction of four and five years' courses it preceded all others with its good example. By the practical training of more than 3 500 homeopathic physicians the Hahnemann College has contributed more to the development and propagation of homceopathy than any other instructional institution in the world.
...
Till Hahnemann's death Hering remained in continual touch with him.
As we saw in Chapter XXV, it was at the repeated urging of the Master that Hering, together with homeopathic physicians in Philadelphia, invested his widow with a doctor's diploma. But in spite of his great respect and veneration for the Master he had always managed to preserve his independent judgment. Thus, in the year 1837 he confessed (Stapf's " Archiv," Vol. ib, Part 3) :
" Generally I am considered a student and adherent of Hahnemann and I admit that I am of those who adhered to him most faithfully and venerate his greatness with enthusiasm. But at the same time, I declare also that, since my first acquaintance with homeopathy (1821) to the present day, I have never accepted a single theory of the ' Organon ' just because it is there stated."
Eighty years of age, hale and active even in his later years, Hering died of a heart attack on the 23rd of July, 1880, after returning from a visit to a patient.

At his sudden departure from this life he had completed his task (of preparing a place for homeopathy in America) with a success which has not yet been achieved in the Old World. For the first educational institutions in Allentown and Philadelphia were followed in 1850 by the homeopathic college in Cleveland, in 1857 by that in St. Louis, in 1859 by another in Chicago, and in 1860 by one in New York and further instructional institutes of a purely homeopathic tendency were continually being added. They have all been erected by private means, but all have a state grant. Nowadays, homoeopathy is on the same footing as allopathy in the United States.
Every student who has passed the final examinations of a state recognised Medical School can sit for a special state examination set for all physicians in homeopathy.

Before the Great War there were in the United States 56 purely homeopathic general hospitals with 35 to 1,400 beds each, nine hospitals for women (inclusive of midwifery) with 30 to 100 beds each, 13 mental asylums with 150 to 2,000 beds each, nine children's hospitals with 30 to 100 beds each, 21 sanatoriums with 20 to 250 beds each, eight orphanages with purely homeopathic treatment having accommodation for 50 to 825 occupants each.
…
Germany was the birthplace of Hahnemann and of homeopathy. But in the propagation and practical exploitation of Hahnemann's theories as in so many other provinces, the New World with its virgin freshness and energy has far outpaced Germany and the Old World. This success is to be ascribed not least of all to the inexhaustible self-sacrificing devotion of Constantin Hering. 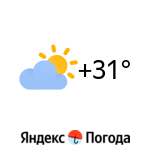